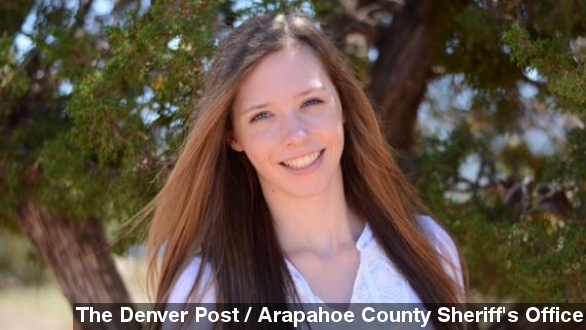 The lone victim of the Arapahoe High School shooting had been in a coma after suffering severe head trauma from a gunshot wound.

Claire Davis, the 17-year-old equestrian and Arapahoe High School senior, died Saturday night due to her injuries from a deadly Dec. 13 school shooting.

Davis was the only victim of the Arapahoe High School shooting, in which her classmate and suspected gunman Karl Pierson opened fire inside the school before taking his own life. (Via KUSA)

Davis was reportedly sitting by the north entrance with a friend when Pierson, believed to be on a mission to exact revenge on a faculty member, stormed into the school with a shotgun. Pierson shot Davis in the face at point-blank range. (Via CNN)

ARAPAHOE COUNTY SHERIFF GRAYSON ROBINSON: "She was an innocent victim of an evil act of violence." (Via ABC)

Davis suffered severe head trauma. She underwent surgery but remained in a coma and in critical condition until her death.

Before she passed away, Davis was the center of a massive outpouring of love and prayers from the Arapahoe High School community and others. Vigils were held in her honor; videos were made as gestures of well wishes. (Via KCNC)

"All our prayers are with you and your family." (Via YouTube / Alex Chapman)

And #PrayForClaire was used to show support from people all over the Internet. (Via HLN)

In a separate statement also posted to the Littleton Adventist Hopital Facebook page, the Davis family extended thanks to the community and said, "Last week was truly a paradox in that we lost our daughter, yet we witnessed the wonderful love that exists in the world through the tremendous outpouring of support we received." (Via The Denver Post)

The Denver Foundation, a nonprofit community organization, announced Saturday family and friends created the Arapahoe High School Community Fund honoring Claire Davis. According to the foundation, the fund will be used to support mental health care, anti-bullying programs and other community needs.