Claire's Is Testing Some Of Its Makeup Products For Asbestos 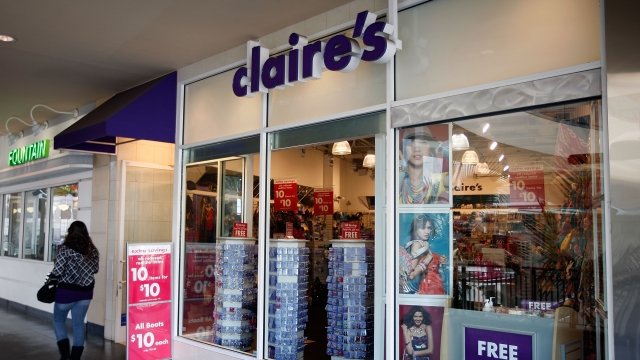 The products in question have been pulled from shelves, and the company is offering full refunds to concerned customers.

Claire's — the quintessential retailer for young girls — is ending its not-so-great year on a pretty low note. Like, a selling-asbestos-to-kids kind of note.

The company announced Thursday it's pulling makeup products from shelves, opening an investigation and offering full refunds to concerned customers. That follows reports some of its items are tainted by asbestos.

The reports of asbestos surfaced after a Rhode Island mother sent her daughter's makeup to an independent lab. The makeup tested positive for tremolite asbestos, which is toxic, cancer-causing and linked to mesothelioma.

How Your Online Shopping Is Changing Retail Jobs

Many retail positions have shifted from sales to order fulfillment.

Claire's is investigating the asbestos concerns, but the issue obviously isn't good news for the already struggling company.

As of this summer, Claire's reported 11 consecutive quarters of declining sales. The former retail darling is also more than $2 billion in debt.