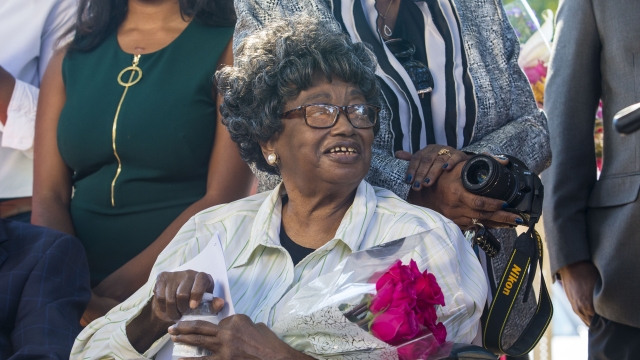 The 82-year-old says having a clear record is important because of the message it sends to her grandchildren and great-grandchildren.

Civil rights pioneer Claudette Colvin had her juvenile record expunged 66-years after being arrested for refusing to give up her bus seat to a White girl.

She was just 15 years old at the time. It happened in 1955 — nine months before Rosa Parks famously refused to give up her bus seat.

After her conviction, Colvin was placed on "indefinite probation."

Her courageous act was part of a Supreme Court case that ended bus segregation.

The 82-year-old says having a clear record is important because of the message it sends to her grandchildren and great-grandchildren.