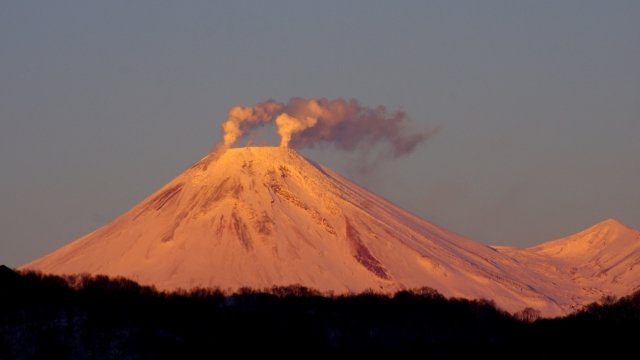 On a warmer planet, a volcanic eruption might disrupt global temperatures and precipitation for years after it happened.

Climate change is predicted to make many natural disasters worse, but you probably didn't expect volcanoes to be on that list.

During major eruptions, released gases like sulfur dioxide and carbon dioxide, can effect temperatures worldwide, like the famous "year without a summer" in 1816.

But a recent study found as the planet warms, the impacts of those eruptions could get a lot worse, disrupting global temperatures and precipitation for years after.

A spokesperson for Indonesia's national disaster agency told reporters an eruption is a "definite possibility."

The sulfur dioxide an erupting volcano releases can create a cooling effect by shading Earth's surface from sunlight. The study, led by the National Center for Atmospheric Research, found that oceans, which usually buffer the planet against the worst of these effects, will become less effective as they heat up.

That means if the "year without a summer" eruption happened in the later half of this century, it could mean a much bigger dip in global temperatures. That cooling wouldn't be enough to make up for the effects of climate change, as some past studies have suggested, but the sudden drop could lead to a drastic reduction in global rainfall.

Scientists caution they have yet to figure out the exact magnitude of all this, saying they need better models to see how large these volcanic effects could be.