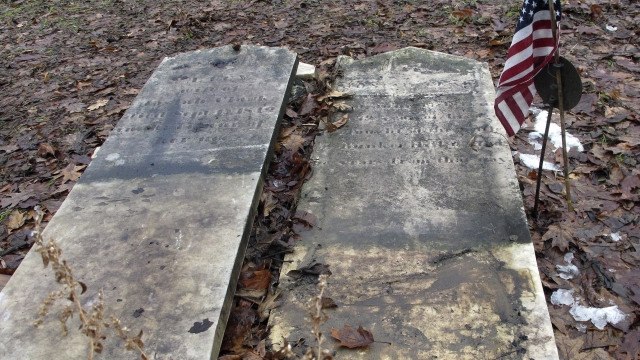 Historic Black cemeteries in Virginia are being threatened by erosion and invasive species as archaeologists try to unearth their history.

Amid the Potomac's waves to freedom and an abundance of monuments and museums lies another piece of history in the nation's capital.

"This vault dates back prior to 1850 and was part of the underground railroad," Lisa Fager said.

The 200-year-old, three-acre properties make up one of the oldest predominantly Black cemeteries in the area.

"There were not many places where Black people could be buried in Washington, D.C., with dignity," Fager said. "So the Female Union Band Society were able to do that, and they still own this property."

When walking through, you would almost miss the little pieces of history throughout, like shells often used in Black burials.

There are a few theories behind the practice: One being the idea that the sea brought Black people here from Africa and the sea will take them home; another theory is the shells are meant for safe passage to the shores of the afterlife.

Fager spends part of her days teaching anyone who will listen the history of the land, and she spends the other part fighting for respect.

She took over the nonprofit in 2019 and says funding to preserve the cemeteries has ebbed and flowed.

"They moved all the markers into these three piles in 1974, and this is where they sit today," Fager said.

Now the land faces a new challenge: climate change. Erosion and invasive weeds have hit the land, and a funder once told Fager she doesn't have 10 years left with solid land.

Across the bridge in Alexandria, Virginia lies another piece of history: the Contrabands and Freedman Cemetery.

"The archaeologists found cowrie shells indicative of African burial rights in the cemetery, so there is an ongoing effort to discover who all of the people are and what role they played in Alexandria's history," Monica Sanders said.

Sanders is a climate change researcher and professor at Georgetown University. She says despite being only 10 miles apart, the two cemeteries look vastly different, all due to investments.

"This is still in a state of being discovered, so we still have some archaeological digs," Sanders said. "There's still research here, but the city has committed itself to discovering who's buried here and what their stories are."

Construction crews are at work there as part of the city's plans to protect the land from flooding.

"What's going on up there is the restoration of a creek that increases our flood risk," Sanders said. "Also, it's a natural habitat. There are some turtles and birds and things that are unique to Virginia that they are recreating that correct habitat for them."

Garrett Fesler, an archaeologist with the city, tells Newsy archaeologists are on hand daily to make sure the land, which contains the National Cemetery and the Freedmen's Cemetery is undisturbed.

Historically, the fight has been against developers plowing over the sacred grounds, but as more of these places are being discovered, climate change is adding to the race against time.

"About 60% of African-Americans live in 10 states, and all 10 of those states are in the South" Sanders said. "So if you look at Georgia and stretch all the way around to Louisiana and upwards towards North Carolina, as in Virginia, they're all coastal states that are at high risk of hurricanes, of sea level rise. Then they're next to huge river tributaries like the Potomac and the Mississippi, so you get riverine flooding."

Sanders says funding for these projects varies: sometimes it comes from city and state budgets and other times, from private groups and volunteers.

"My great grandfather, much of what we know about him we know because it's on his tombstone," Sen. McClellan said. "We found out he was a mason because it was on his tombstone. It was something you didn't know before, and so these cemeteries are critical components of connecting us to our ancestors and our own stories."

At the federal level, a bipartisan piece of legislation introduced in February.

The African American Burial Ground Preservation Program hopes to provide $3 million annually for the research and upkeep of these sites. In the meantime, Fager says she'll keep shooing away the dog walkers and raising the alarm on the seemingly forgotten history.

"This free labor that built these institutions, including the White House, they owe it to these people to make sure that this is okay and honored like sacred land that it is," Fager said.