Clinton Campaign: There Is 'No Question' Women Will Be On The VP List 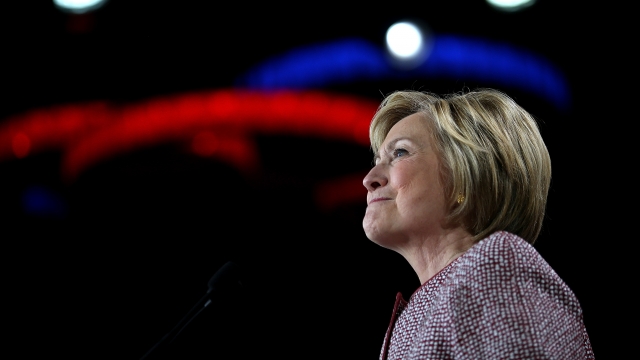 Clinton's campaign chairman said in an interview with The Boston Globe, "There is no question that there will be women on that list."

Hillary Clinton is reportedly open to the idea of an all-female ticket, should she win the Democratic nomination for president.

Clinton's campaign chairman said in an interview with The Boston Globe, "We’ll start with a broad list and then begin to narrow it. But there is no question that there will be women on that list."

Now, it's unclear exactly who is on that broad list of vice presidential options.

But many have speculated Sen. Elizabeth Warren might make an appearance. She remains the only female Democratic senator who hasn't formally endorsed Clinton's bid for president.

This video includes clips from Hillary for America and Senator Elizabeth Warren and images from Getty Images.