Probably The Biggest Issue With The Clinton Foundation Is Perception 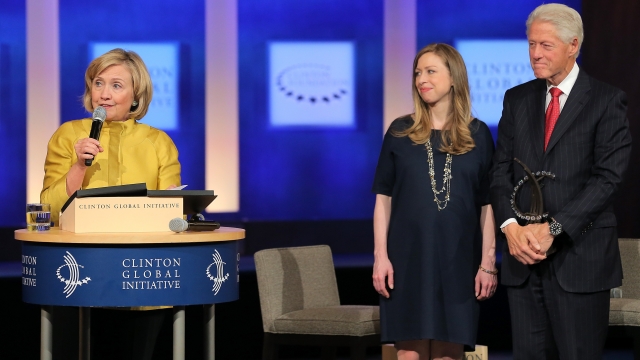 The foundation has announced it will no longer take foreign or corporate donations if Clinton wins the election.

Critiques of the Clinton Foundation aren't new. But those criticisms are intensifying just a bit and causing a new issue for Hillary Clinton's second presidential run.

"If I was attorney general, I would indict the Clinton Foundation as a racketeering enterprise," former New York mayor and Donald Trump surrogate Rudy Giuliani said.

SEE MORE: Clinton Is Outraising And Outspending Trump In A Big Way

Republicans have been outspoken against the foundation's connections to the Clinton-run State Department for years. But newly released emails between the two organizations show what critics call "pay to play" and have garnered serious bipartisan criticism. "Pay-to-play" is the concept that the more money you donated, the more access it appears you were given to either the U.S. or the Clintons, in general.

The foundation does do great work. It's work for causes like fighting malaria and HIV/AIDS worldwide is well documented, and the independent charity watchdog Charity Watch gave it an A rating. But most of the criticism comes from the large sums of foreign donations the group has received during a time when a member of the Clinton family has had — or will have — a direct influence on American foreign policy.

The defense is that there's been no change of policy because of the donations, and foreign money is used to help fund worldwide causes. Clinton's campaign manager, Robby Mook, said, "90 percent of the cost of malaria drugs have come down because of the work of the Clinton Foundation. There are over 10 million people around the globe today receiving life-saving HIV/AIDS medication."

But to critics, that doesn't seem to outweigh the inherent conflict of interest. There doesn't appear to be any evidence anything illegal ever happened, but the mere perception of impropriety is enough for this story to keep going.

SEE MORE: Clinton Is Still Searching For A Stand-In Trump For Debate Prep

It's the kind of thing that is great for political fodder because it fits a narrative. And in politics, scandals typically only stick if there's already a narrative built. The Democratic nominee has issues with her trustworthiness among voters, and stories about her email setup and the potential conflict of interest of the Clinton Foundation fit right in with that narrative.

And the foundation seems to be working to counterbalance that seriously. Former President Bill Clinton announced if his wife wins the race, the foundation will stop taking  foreign or corporate donations. But even that announcement has left some questioning why this didn't happen when Hillary Clinton was secretary of state — and some are calling for a complete shut down should the Clintons move back into their old house.