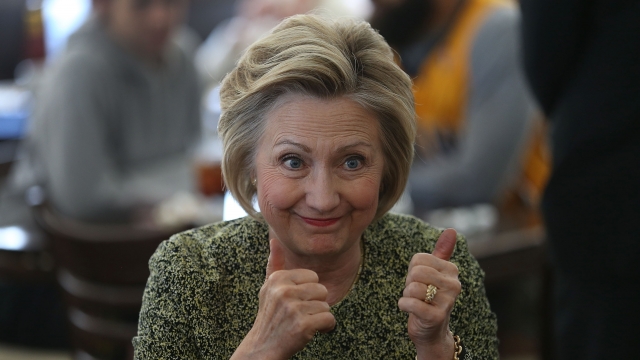 She has vowed to propose a constitutional amendment overturning Citizens United.

"I will propose a constitutional amendment to overturn Citizens United," Hillary Clinton said.

Clinton wants progressives to know she is serious about campaign finance reform. In a video released Saturday, the presumptive Democratic nominee makes it clear: It's a first-30-days-in-office kind of priority.

But here's the thing: Presidents can call for constitutional amendments all they want, but the process of amending the Constitution isn't up to them. Only the U.S. Congress or a constitutional convention can actually start that process.

And Clinton obviously knows this. But her announcement is meant to reassure progressive voters that she is serious about overturning the Supreme Court decision that deregulated campaign finance. Clinton also vowed to appoint Supreme Court justices who would overturn the decision.

Clinton is sure to be criticized because she's been a huge recipient of the deregulated finance system. But, believe it or not, this isn't a brand new Clinton position. She rolled out a plan for campaign finance reform last fall.

This video includes clips from Hillary for America, MSNBC and C-SPAN.