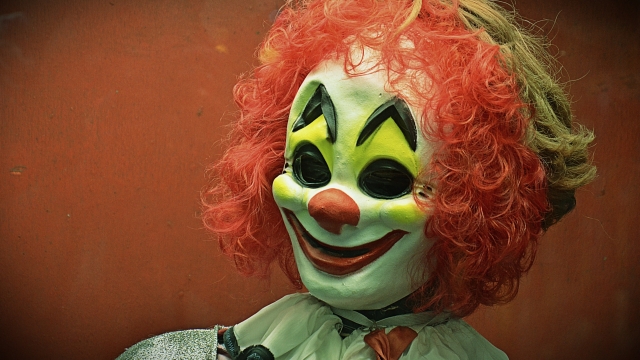 Some kids say the clowns use large amounts of money to lure them into the woods near an apartment complex.

Clowns are arguably the scariest kind of children's entertainer, which makes this "stranger danger" story out of South Carolina especially eerie.

Multiple people have reported clowns lurking around a Greenville apartment complex. Some kids say people dressed like clowns have tried to coax them into the nearby woods.

"There were clowns running in the woods telling the kids that they had candy, and they would give it to them if they came there," a child told WSPA.

Some say the clowns have also shown kids large amounts of money to get them to go deeper into the woods.

The New York Times reports local law enforcement has investigated claims that some residents "may have fired shots in the direction of the wooded area."

A spokesman for the Greenville County Sheriff's Office told The Atlantic clown reports in the area appear to have spread to a different apartment complex about 20 minutes away.

He told the outlet the national attention the story has gained could inspire people to dress up as clowns to "prank the police" and make it harder for them to investigate the claims.