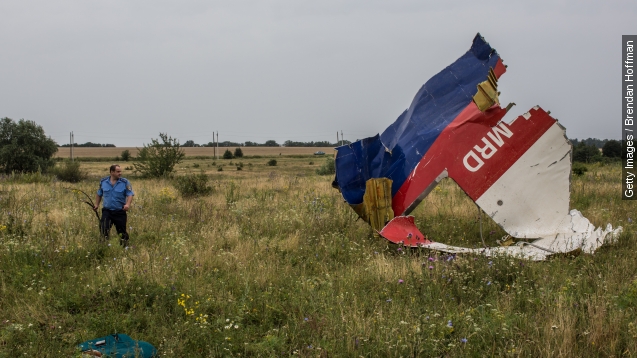 Sources have told CNN a new report from the Dutch Safety Board shows pro-Russian separatists were responsible in the Malaysia Airlines crash.

Almost exactly a year after Malaysian Airlines MH17 went down in Eastern Ukraine, sources have told CNN the international community's suspicions have been confirmed.

“MH17 it seems has been shot down over the eastern Ukraine it seems by Russian-backed rebels,” said Australian Prime Minister Tony Abbott.

"We also know that this is not the first time a plane has been shot down in eastern Ukraine. ... Moreover, we know that these separatists have received a steady flow of support from Russia. ... and it includes anti-aircraft weapons," said President Barack Obama.

Previously, the Obama administration and other international authorities had pointed the finger at pro-Russia separatists. (Video via RT)

And a preliminary report from the Dutch Safety Board in September suggested the flight had been shot down by a ground missile. (Video via Ukraine Today)

Sources who have read the full Dutch Safety Board report told CNN it was a Russian missile that was fired at the passenger plane from separatist-held territory, causing the crash that killed all 298 people aboard the flight.

Russian President Vladimir Putin has denied Russia's involvement in Eastern Ukraine and has said Ukraine was responsible for the MH17 crash. (Video via The Kremlin)