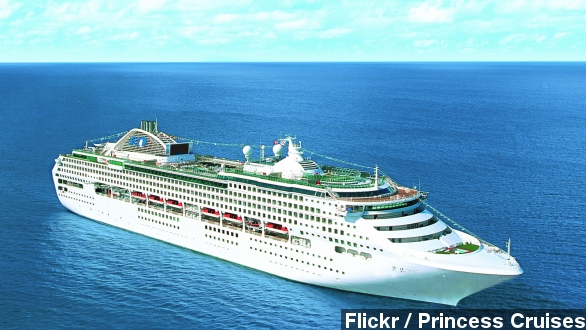 An American passenger on a cruise ship near Hawaii is still missing after reportedly jumping overboard.

An American passenger is missing after she reportedly went overboard during a cruise northeast of Hawaii.

The cruise ship was sailing about 750 miles north of Hilo when passengers on the cruise say the 54-year-old woman jumped off the boat. (Via Google Earth)

"Witnesses are saying she intentionally jumped in a bid to kill herself, and this morning she is presumed dead." (Via WFTV)

According to a spokesperson for the cruise ship, the woman jumped at approximately 1 p.m. and immediately afterward the crew contacted the FBI and Coast Guard.

According to reports, the ship changed course to help search for the woman who went overboard, and according to the Coast Guard, an airplane crew is also on the way. (Via CNN)

The woman was sailing on the Grand Princess for a trip from San Francisco to Hawaii. The cruise ship was on day three of a 15-day voyage. (Via Princess Cruises)