Head Of Coast Guard 'Will Not Break Faith' With Transgender Personnel 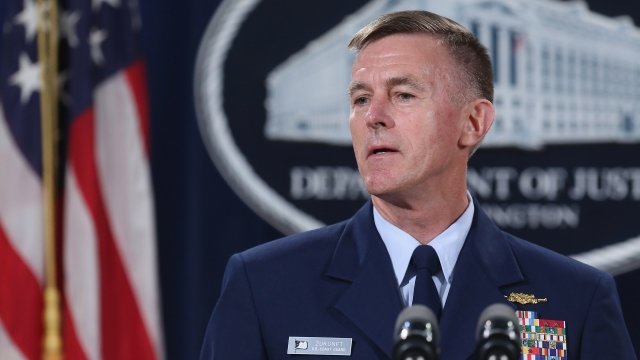 Adm. Paul Zukunft said Tuesday he will continue to support transgender service members under his command.

Commandant of the U.S. Coast Guard Adm. Paul Zukunft says he will continue to support transgender service members under his command.

Zukunft spoke Tuesday at a forum where someone asked him about President Donald Trump's plan to bar transgender people from serving in the U.S. military.

Zukunft said, after seeing Trump's tweets, the first thing his office did was reach out to the 13 Coast Guard members who identify as transgender.

"That is the commitment to our people right now. Very small numbers, but all of them are doing meaningful Coast Guard work today," Zukunft said.

A spokesperson for the Pentagon told reporters Monday it has yet to receive formal guidance from the White House on the issue.

Chairman of the Joint Chiefs of Staff Marine Corps Gen. Joseph Dunford — the highest ranking officer in the U.S. military — said in a memo last week the Department of Defense won't make any policy changes until word comes down through official channels.