'Coco' Has The Fourth Best Thanksgiving Box Office Debut Ever 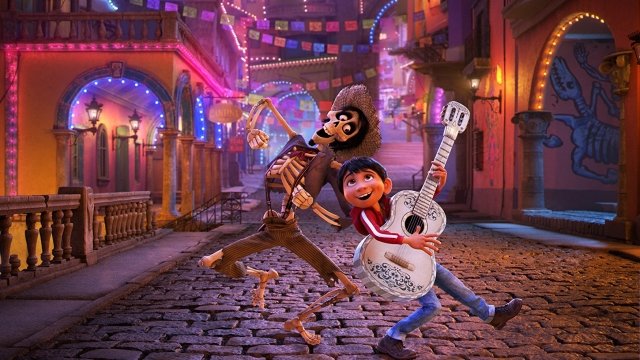 The Pixar film centered around the Mexican holiday Día de los Muertos earned more than $71 million over the five-day weekend.

This Thanksgiving weekend box office reminded us we're always going to need our family — no matter how eccentric they might be.

Pixar's "Coco" took the No. 1 spot, earning more than $71 million over the five-day holiday weekend. That's the fourth highest-grossing Thanksgiving opening of all time behind other Disney films "Frozen," "Moana" and "Toy Story 2."

"Coco," which is centered around the Mexican holiday Día de los Muertos, had already become the top-grossing movie ever in Mexico prior to its domestic debut.

The film's success is good news for Pixar after its co-founder John Lasseter announced Nov. 21 he was taking a six-month leave of absence because of unspecified "missteps" that made some employees feel "disrespected or uncomfortable."

After its disappointing debut last week, "Justice League" dropped to the No. 2 spot. It earned roughly $60 million over the five days.

'Thor: Ragnarok' Takes No. 1 During A Strong Weekend At The Box Office

After a particularly sluggish summer box office, moviegoers finally showed a little enthusiasm for the multiplex this weekend.

And rounding out the top three is "Wonder." The family-friendly film earned more than $32 million over the long weekend. If you plan to go see it, don't forget your tissues — this one's a tear-jerker.

As for next week, there are no new wide releases hitting theaters. So you might as well just start counting down to "Star Wars: The Last Jedi."