Stephen Colbert Is Giving Trump His Own Show — Sorta 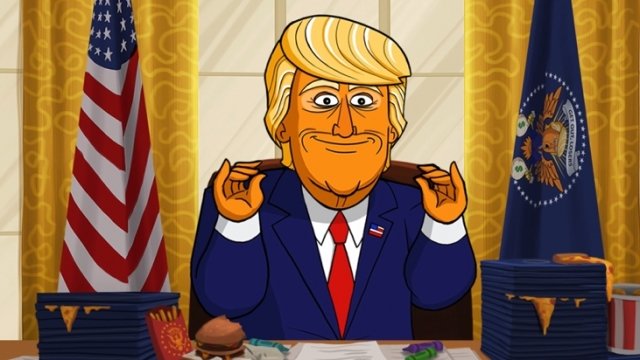 President Donald Trump is getting his own television show again. Sorta.

Showtime announced Thursday it greenlighted an animated series about the president and the people who surround him.

The show will be executive produced by Stephen Colbert, who started using cartoon versions of Trump on his show this year.

Colbert said in regard to the news, "I know a lot of people wanted to do this, and I'm honored that the Cartoon President invited our documentary crew into his private world."

Federal law bans obscene, indecent and profane content from being broadcast on TV during certain times of the day.

Both Colbert's jokes and his show's current cartoon depiction of Trump are incredibly scathing. In response to Colbert's jokes, Trump called him a "no-talent guy" who talks "filthy."

Colbert's criticisms have proved helpful for his ratings. During the #FireColbert fiasco started by Trump supporters, the "Late Show" host garnered an average 3 million viewers every day for a whole week.

The new cartoon — currently unnamed — will air 10 episodes this fall.