College Football Coaches Earn More Than Ever — Even When They're Fired 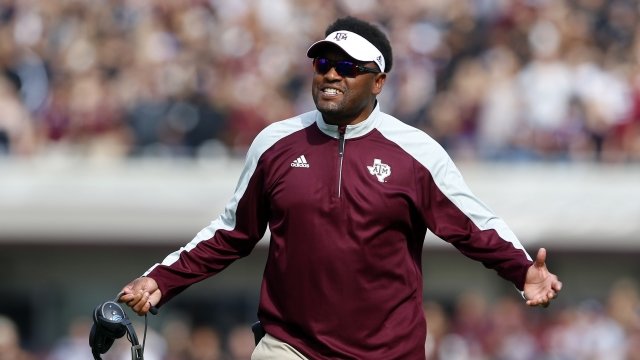 Even getting fired can mean a big payday for top-tier NCAA coaches.

The end of the college football season always comes with some hiring and firing of coaches, and the 2017 offseason showed just how much money can get involved.

One big example is new Florida Gators head coach, Dan Mullen. Florida lured him away from Mississippi State with a contract worth $36 million over 6 years, making him one of the highest-paid coaches in the country.

In college football, though, coaches don't just make big money when they're hired by schools. They also get it when they're fired, in the form of big buyouts.

Texas A&M, for example, fired head coach Kevin Sumlin after the 2017 season. As a result, the school will pay Sumlin a buyout of more than $10 million.

Sumlin's buyout is one of the biggest ones out there, but he's far from alone. An analysis from USA Today found 12 big-time football schools, most of them public, were on the hook for about $60 million in buyouts after the 2017 season ended, though some of those will be mitigated when coaches get new jobs.

All these dollar signs seem even bigger when you consider what the players get. Aside from having their school costs covered, the players these coaches coach don't see any money.

Legendary coach Steve Spurrier said several times in his career he'd give his players a stipend out of his own paycheck if it weren't against NCAA rules.

In 2015, the NCAA's five biggest conferences voted to allow schools to pay players for miscellaneous costs of going to school that aren't covered by a typical scholarship.

That seems like it's as far as the NCAA will go, though. As for coaches, their contracts don't look like they'll be getting smaller anytime soon.