Colombia's Former President Is Officially An Inmate On House Arrest 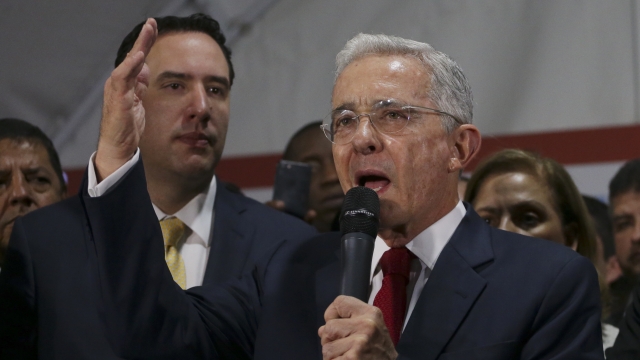 Álvaro Uribe Vélez was registered in the prison system after being charged with bribery and procedural fraud.

Colombia's former president has officially been given an inmate number.

Álvaro Uribe Vélez was registered in the prison system after being charged with bribery and procedural fraud. The country's supreme court placed him on house arrest last week as it investigates his alleged witness tampering.

Uribe has denied the allegations. He claims he's the victim of a conspiracy by the Revolutionary Armed Forces of Colombia and its allies.

Uribe served as president for two terms between 2002 and 2010 and then became a senator.