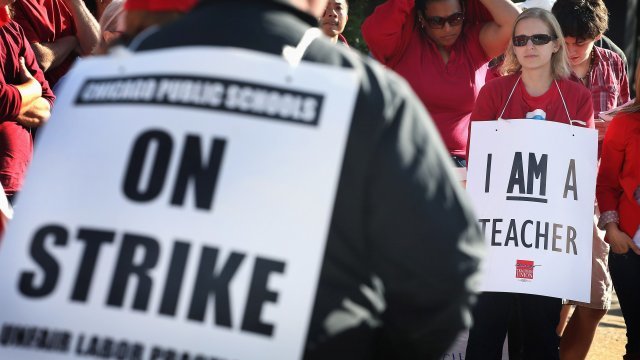 The bill was introduced ahead of a planned walkout by Colorado public school teachers.

Colorado public school teachers who decide to go on strike could be thrown in jail if a new bill becomes a law.

The bill authorizes public school employers to seek an injunction in the event of a strike. If the teachers on strike don't comply with the injunction they could be fined, put in jail for up to six months, or both.

The bill would also cut off paychecks for striking teachers and let schools fire strikers "immediately."

The proposal comes amid protests by teachers across the country calling for better pay and more school funding. Colorado teachers are planning to walk out later this week.