Colorado's Made More Than $1 Billion In State Revenue From Cannabis 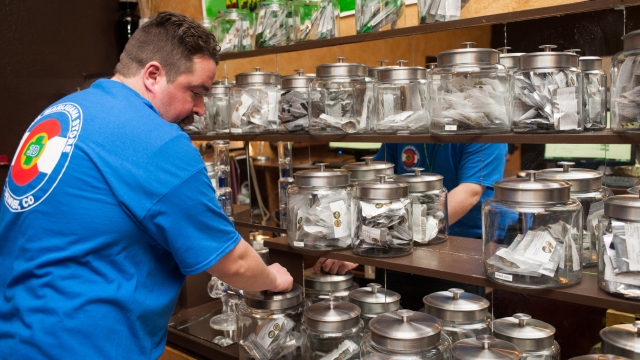 Weed sales in Colorado have grossed more than $6.5 billion since 2014.

Colorado's marijuana industry just passed a major milestone: It's made $1 billion in state revenue since legal marijuana sales began there in 2014.

And revenue has only accelerated since then. April and May saw around $24 million in state revenue each, making them the state's highest-grossing months ever.

Colorado imposes a 15% excise tax and 15% sales tax on cannabis. That money's gone to a wide variety of public programs, including the "first-ever retail marijuana public education campaign" and a committee to research the drug's health effects.

Colorado's governor said in a news release, "Today's report continues to show that Colorado's cannabis industry is thriving, but we can't rest on our laurels." He noted that as more states legalize cannabis, Colorado will have to work harder to compete.

All in all, weed sales in Colorado have grossed more than $6.5 billion, and the state has licensed over 40,000 people to work in the industry.