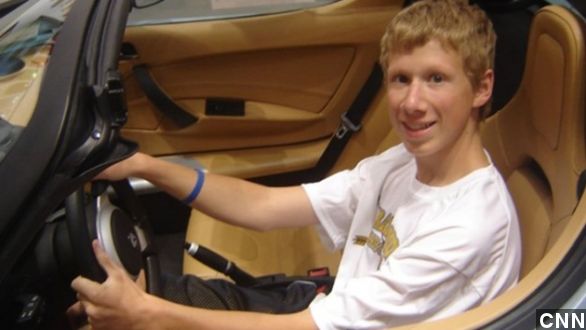 Investigators discovered writing on the suspect's arm that could provide clues to who he was targeting.

“They say he had written a Latin phrase on his arm that translated into “The Die Has Been Cast.” (Via KSHB)

“There were also several letters and numbers written. The Sheriff’s office say those numbers correspond with several classrooms inside the Arapahoe High School. Investigators believe they may lead to clues about who the student was targeting.” (Via WRC-TV)

Investigators say the 18-year-old immediately began shooting when he walked into school at 12:33 p.m. (Via CNN)

One of the bullets struck 17-year-old Claire Davis in the head. Moments later Pierson killed himself in the library. Authorities say they found a shotgun, machete, Molotov cocktails and ammunition among other items on him. (Via NBC)

As for a motive, authorities say Pierson was a member of the school's debate team and that the 18-year-old was distraught after a school librarian and debate coach replaced him with someone else. (Via USA Today)

The teacher was not injured during the shooting and promptly left the school once alerted of the threat. (Via NECN)

Davis sustained the most serious injuries from the shooting and remains in critical condition and in a coma at a local hospital.