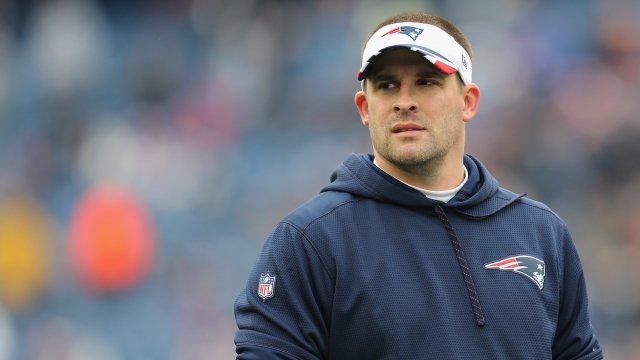 Hours after McDaniels backed out of an agreement to become the Colts' head coach, Chris Ballard told reporters he doesn't harbor any hard feelings.

Just hours after McDaniels backed out of an agreement to become the Colts' next head coach, Chris Ballard told reporters he doesn't harbor any hard feelings toward him.

McDaniels was to be announced as the Colts head coach in a press conference Wednesday. But apparently he decided last minute to stay with the New England Patriots instead. Ballard said he didn't want an explanation for the decision saying, "I live in a black and white world. Either you're in or you're out."

Indianapolis Colts player Edwin Jackson died in a car crash Sunday. Police say the driver who caused the crash is in the U.S. illegally.

As of Wednesday morning, the reason behind McDaniels' sudden change of heart was still unclear.

The Colts said in a statement Tuesday night they were "surprised and disappointed" by the decision. But the team says it will resume its search for a new head coach immediately.