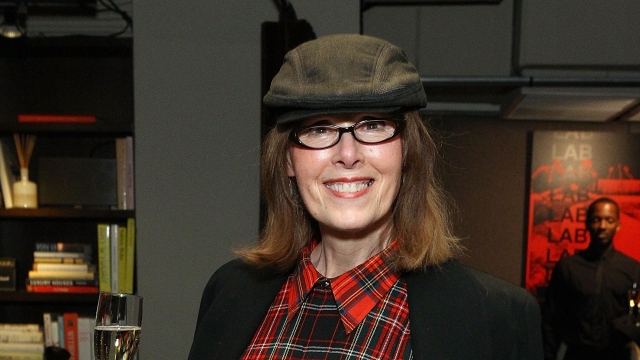 E. Jean Carroll wants the president to "retract any and all defamatory statement" and pay damages after he denied allegations that he assaulted her.

Longtime advice columnist E. Jean Carroll is suing President Trump after he denied her allegations that he sexually assaulted her in the '90s.

In June, Carroll made her accusation public in a book excerpt in New York magazine. She alleged President Trump raped her in a dressing room at a New York City department store in 1995 or 1996.

President Trump has denied the allegations and said Carroll made the story up to sell her book.

On Monday, Carroll said on Twitter, "I am filing this on behalf of every woman who has ever been harassed, assaulted, silenced or spoken up only to be shamed, fired, ridiculed and belittled. No person in this country should be above the law — including the president."

The suit, filed in New York, says President Trump's responses and denial that he ever even met Carroll are "false" and "defamatory." She says his statements damaged her reputation and harmed her professionally. She wants the president to "retract any and all defamatory statement" and pay her damages.

White House press secretary Stephanie Grisham called the lawsuit "frivolous" and said the alleged assault "never happened, period." She said: "Let me get this straight: Ms. Carroll is suing the president for defending himself against false allegations? I guess since the book did not make any money, she's trying to get paid another way."