Comedians Toe The Line Between Funny And Offensive 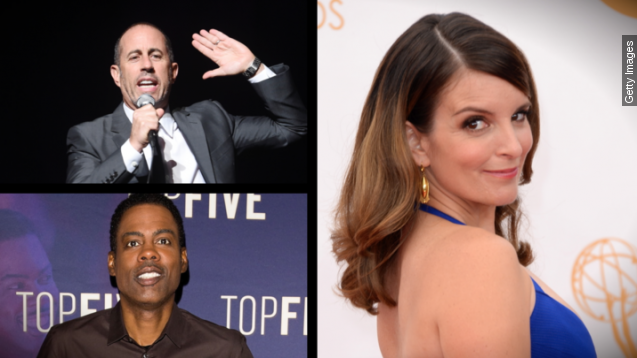 Comedians: forever toeing the line between funny and offensive. It's like a modern day "walk the plank" in a politically correct world.

Now Tina Fey refuses to apologize after her Netflix show "Unbreakable Kimmy Schmidt" was criticized for what some viewed as jokes at the expense of Native Americans.

In response to allegations of racial insensitivity, Fey said: "My new goal is not to explain jokes. ... There's a real culture demanding apologies and I'm opting out of that."

Fey joins the likes of comedy icon Jerry Seinfeld, who has suggested that hypersensitive audiences are killing comedic freedom.

"There are more people now who will let you know if you crossed the line than ever before. ... I mean, you have to feel the same way about comedy?" Seth Meyers asked.

"There's a creepy PC thing out there that really bothers me," replied Seinfeld.

And last year Chris Rock told New York Magazine he's stopped playing colleges altogether due to strict social views and their unwillingness to offend anyone. He also said the use of social media has forced comedians to self-censor.