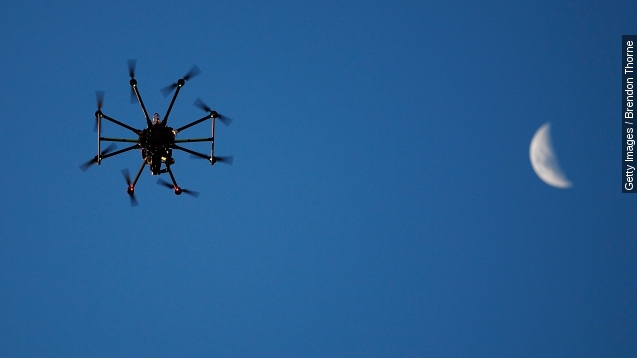 The FAA is dangling a $1.9 million fine over a "reckless" drone operator. The agency has missed its deadline for regulating commercial drones.

The Federal Aviation Administration is pursuing what would be a record fine against a civilian drone operator: $1.9 million. (Video via Lee Konley)

Those are the guidelines the FAA proposed in February to regulate commercial drones. (Video via Mike DESIR)

And just last week, the FAA missed its deadline for enacting those rules.

As long as the guidelines remain just guidelines, most commercial drone operators will keep, um, winging it. They're essentially operating in a legal gray area. Those who get too "reckless," as the FAA alleges SkyPan did, risk big fines. (Video via Matt Wilkie)

Because while the FAA distributes special exemptions for commercial applicants who meet its requirements — including to SkyPan — the pool of hopeful drone operators vastly outpaces the FAA's handouts. (Video via DJI)

The Googles and Amazons of the commercial sector might be able to finagle permits, but smaller operators could have a tougher time. (Video via Amazon)

The FAA is now aiming to have its commercial rules finalized by spring 2016. SkyPan, meanwhile, has 30 days to respond before the FAA goes to the Justice Department to collect. No word on whether SkyPan will get to keep its commercial exemption. (Video via FAA)