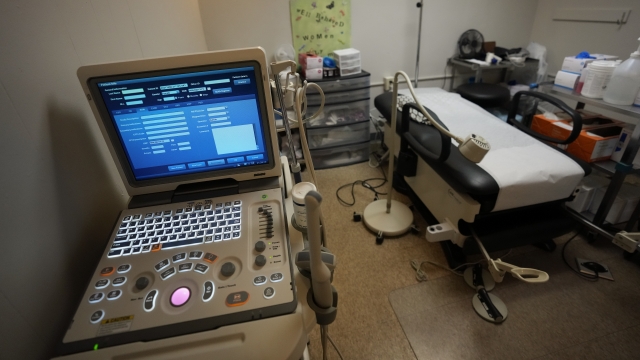 Many new state laws have gone into effect after the Supreme Court overturned Roe v. Wade, including a wide range of approaches to abortion ban exceptions.

Some states looking to end abortion still included exceptions from the absolutes. For instance, in some states a person pregnant as a result of rape or incest may be allowed to terminate. But, proving it may be difficult.

Elizabeth Trebelhorn spoke about her horrifying experience as a rape survivor at an abortion rights rally in Washington D.C.

Rape survivors like Trebelhorn not only have to deal with the trauma of the assault but also the guilt, blame and shame that might come along with it. Now in states like Utah and Mississippi, they would also have to report the assault to authorities in order to obtain an abortion.

In South Carolina, doctors would have to report to the local sheriff the name of anyone receiving an abortion under the rape and incest exemption. However, rape victims commonly avoid talking to the police. The Rape, Abuse and Incest National Network says 2 out of 3 sexual assaults go unreported.

John Zug was a former Virginia prosecutor who worked along side sexual assault survivors.

"Being raped is a humiliating thing to happen to anybody," Zug said. "I've never been raped, but I've worked with enough victims to know how terrible that crime is. And the fact is, is that we are now putting another layer on people who have been victimized by sexual assault to make things more difficult for them."

According to the Guttmacher Institute, a pro-abortion rights research organization,  here’s how that looks like currently as more states move toward bans:

In addition, the World Health Organization says reporting proof is a burden to victims, stating, “These requirements can result in delays that may push women beyond the legal gestational limit, thereby preventing women from accessing abortion care altogether."

In the U.S., abortion due to rape and incest make up fewer than 1% of those performed in the U.S., but part of that low number could be because of the stigma that comes with being a victim.

"If they are in that situation, they may not reveal that they're still dealing with the experience and coming to terms with it," Nash said. "So, that may not be something they feel comfortable sharing."

But even with exceptions, doctors may not want to risk their medical license to perform the procedure. In North Dakota, the director of Red River Women’s Clinic says her doctors prefer that their patients go to a state where abortion is legal rather than risk the hurdles of obtaining a legal exemption.