Concerns Grow Over Future Of Contraceptives After Supreme Court Ruling 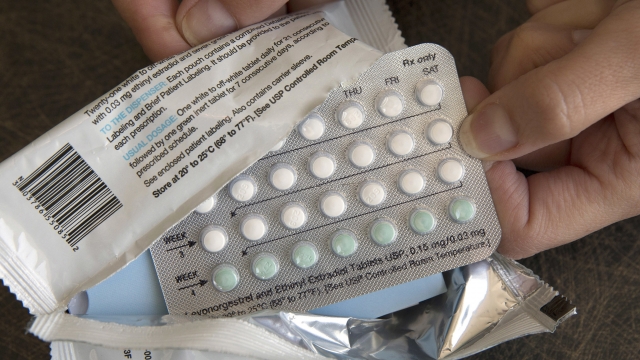 For now, the Supreme Court was clear that the constitutional right to access contraceptives would remain untouched. However, some people are concerned about whether their right to birth control or Plan B could be in jeopardy.

The overturning of Roe v. Wade enacted "trigger" laws in 13 states, in some cases, banning abortions immediately, whether done via procedure or medication.

"A lot of people didn't at all know that this law was going into effect. They didn't know what the kind of parameters of the law was," said activist Meghan Turner.

In Kentucky, Turner said the decision created confusion. So, she immediately took to Facebook to let people know.

Dr. Haver is a board-certified OB-GYN, practicing medicine in the Houston area. Saturday, she spent more than an hour on livestream addressing questions.

"We have a 'trigger' law that goes into effect here in 29 days that virtually eliminates all abortion access," said Haver. "I am active on multiple social media platforms and just the comment section is tens of thousands of comments — everything from people wanting to say their opinion or asking me questions, and I'm trying to keep up and it's virtually impossible."

And she's not alone. A doctor in Austin tweeted her OB-GYN received 22 calls for appointments between midnight and 6 a.m. Saturday, showing the desperation for care.

With abortion access already off the table in some states, Haver says women need to be reminded of their options.

Researchers say hormonal implants and intrauterine devices, or IUDs, are both safe, dependable methods of birth control. Another option is Plan B, or the morning-after pill, which has a nearly 90% success rate when taken correctly. Birth control, IUDs and Plan B are still legal everywhere in the U.S.

"Unfortunately, the most utilized forms of contraception, condoms and birth control pills, have a much higher failure rate," said Haver.

When it comes to medicine, there's a big difference between the abortion pill and emergency contraceptives. According to data compiled by the Guttmacher Institute, more than 90% of abortions take place in the first 13 weeks of pregnancy. More than half are now done with pills, not surgery, both options soon to be done away with in Texas, and various other states

"It's going to change the way we practice medicine and it's probably going to delay care in emergency situations while we're weighing these options. And are we willing to risk jail time or a $100,000 fine, which is the law now in Texas," said Haver.

Still, activists like Turner say the fight is not over.

"This can be overturned." Reproductive freedom is not something that should be in the hands of our government at all," she said.

The Supreme Court's decision that overruled Roe v. Wade does not indicate that the court would revisit past decisions about birth control.  However, Justice Clarence Thomas said he would welcome challenges to that right.