1 Year After Astroworld, Botched Crowd Safety Is Still A Problem 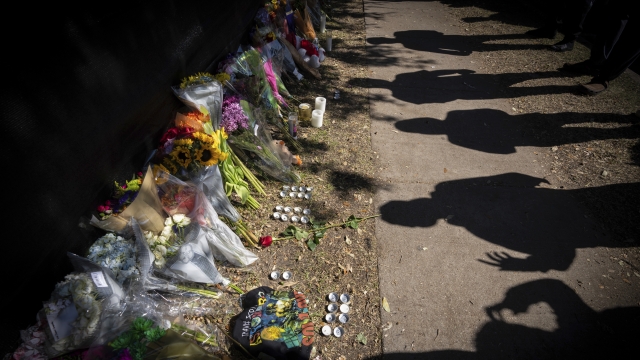 Astroworld, held Nov. 5, 2021, led to the deaths of 10 people and many other injuries. The riskiness of these gatherings is still a problem.

On Nov. 5, 2021, fans surged toward the Astroworld stage in Houston, Texas. While its marquee performer Travis Scott was on stage, panic ensued. Ten people died in a crush, and many more were injured.

Late October this year in Seoul, South Korea,146 died and 150 were injured in a narrow street from a crowd crush during Halloween festivities.

As social animals, human beings derive joy from collective experience in concerts, performances , sporting events and parties. But these kinds of gatherings — outdoor, indoor, large or small — all carry risk.

Rich Pangilinan is a music industry veteran, a DJ and producer. He now runs a music venue called Rise Rooftop Lounge in Houston.

"I'm very fortunate to work for a venue that takes safety as their number one priority," Pangilinan said. "We have our security detail out in the front. We have our metal detectors. So before you even come in, we're already making certain that you're coming into a safe, safe environment. Then once you're in the actual venue, our staff is properly trained to look for certain things."

Crowd energy can be a big indicator of when organizers call time out to reduce potential dangers.

"Personalities sometimes clash, so we as a venue have to recognize that, recognize the situation, and just separate it, just stop it before it becomes an issue," said John Thomas, operations manager of Rise Rooftop Lounge.

Artists themselves often play a role in mitigating risk, though managing safety largely falls on organizers and venue operators.

Ten people died and hundreds of others were injured during a massive crowd surge at the Nov. 5 concert in Houston headlined by Scott.

"The more people who are paying attention to safety, the better," said attorney Steve Adelman.

Adelman, an expert in event safety says entrances, exits, barriers, equipment placement all fit in to the calculus of risk management.

"If it goes well, people who are attending mass gatherings never know about it, nor should they," Adelman said. "We go to events because we want to have fun."

The factor at Astroworld, which is being pored over in many lawsuits, is a failure in communication between event staff and first responders.

"What we did not have at Astroworld was the private company that was hired, did not have a radio to communicate with the Houston Fire Department," said Patrick M. "Marty" Lancton, president of the Houston Professional Fire Fighters Association.

Since the catastrophe, a Texas state task force on concert safety released its report describing how hours before the performance began people without tickets got inside, some overwhelming and running past security.

While the report did not specify fault, it noted that after the Houston Fire Department declared the situation a mass casualty event, the concert continued for another half hour.

"The district chief took it upon himself to ask the private company that was hired, 'We need a radio,'" Lancton said. "Their response? They gave him a list of cell phone numbers. That is not how you respond. It's not how you communicate during an emergency."

It's another tragedy venue operators and event promoters view with a heavy heart and a reminder safety comes first.

"It hurts," Pangilinan said. "It doesn't just hurt that venue; it hurts all of us. Because if one operator is not operating properly, it affects the entire business. It affects everyone."