Concerts Surge As More Artists Return To The Stage 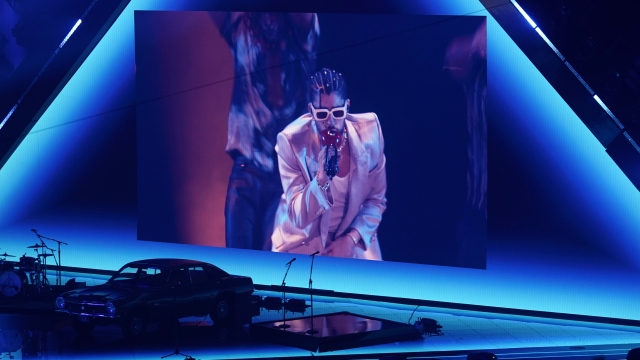 Analysts say only established performers have benefited from this demand, as newer artists are still struggling to support the high costs of touring.

Concert tours made a huge comeback this year with record-breaking ticket sales for artists like Bad Bunny, Paul McCartney, and Elton John.

Puerto Rican rapper and reggaeton artist Bad Bunny made history this year with two of the biggest tours this year: "El Último Tour Del Mundo," which made $116.8 million in the first half of the year, and "World's Hottest Tour," which has made over $232 million so far.

That makes Bad Bunny the highest grossing Latin touring musician in Billboard Boxscore history. And with an average of $11.1 million per show, Billboard reports "World's Hottest Tour boasts a bigger per-show average gross" than any other tour and artist — including the previous record holder, The Rolling Stones.

The disastrous ticket sale for Taylor Swift's Eras tour has drawn attention to the industry's issues, from bots to monopolies.

He's now one of 11 artists — including The Rolling Stones, Madonna, and Elton John — to pass that benchmark.

And in his last hurrah, Elton John's three-year-long and ongoing "Farewell Yellow Brick Road" tour became the third highest-grossing tour in Billboard history, with more than $660 million made so far — and around 60 shows left to go in 2023.

Experts say this shows a healthy demand for live music, despite the ongoing issues of the pandemic and the growing concerns of a recession. But some musicians and other analysts say only established performers have benefited from this demand, as newer artists are still struggling to support the high costs of touring.

Next year's most anticipated concert tours include the return of more musical icons: Bruce Springsteen, Taylor Swift and Beyoncé.