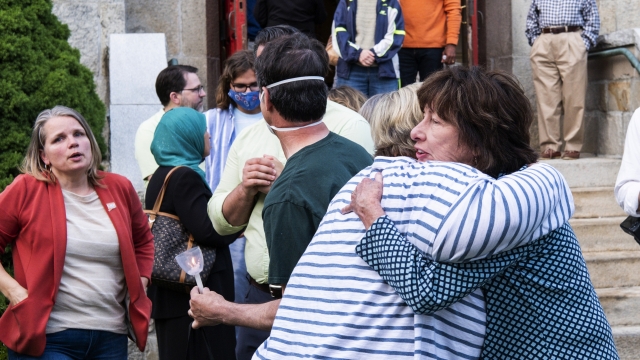 Doctors say a focus on mental illness can be good to increase funding, but it can also lead to a stigma surrounding those who seek help.

The mental state of the mass shooter at a Texas elementary school has gotten a lot of attention from some Republican politicians.

“They said we have a mental, we, we have a problem with mental health illness in this community," Texas Gov. Greg Abbott said.

“We know what does prevent crime, which is going after felons and fugitives and those with serious mental illness — arresting them, prosecuting them when they try to illegally buy firearms," Texas Sen. Ted Cruz said.

That attention on mental illness can be both good and bad, according to mental health experts. On one hand, mental health programs are often short on funding; however, doctors say the way the issue is being presented could lead to stigma.

"The majority of people with mental illness do not engage in violence and are oftentimes not the ones that are engaging in mass shootings," said Dr. Erlanger Turner, a psychologist and professor at Pepperdine University.

"People with mental illness are more likely to be the victims than the perpetrators," said Dr. Jessi Gold, a psychiatrist and professor at Washington University in St. Louis.

And according to the American Pyschological Association, when you do see violent behavior in people with mental illness, there are contributing factors like substance or child abuse.

"About 42% of shooters have had some trauma history themselves and may have experienced things like bullying or some type of physical sexual abuse during their childhood," Dr. Turner said. "So there is some connection between mental health, but mental illness is not the driving force."

Mental health experts say when society conflates violence and mental illness people who need help may not seek it.

"If you say that, it's really stigmatizing, and people have not come into my office for treatment because of that," Dr. Gold said. "People have thought, 'Well, my family or my friends will think I'm violent,' or, 'What if I have that diagnosis, and it means I'm violent?' And that scares people from getting help."

That’s not to say there isn’t a cause to examine treatment or the lack thereof, according to a study from Stanford University School of Medicine. Upon examining 35 mass shooters who survived, 28 had untreated and unmedicated psychiatric disorders.

One thing doctors seem to agree on is that the solution can only come when the nation addresses the myriad of factors that lead to violence.

"When something bad happens, we want a reason for it, right?" Dr. Gold said. "Like we want to say the reason that this person did this is because of mental illness. Sometimes the explanation is just people are bad people. People have hate, people have access to weapons."