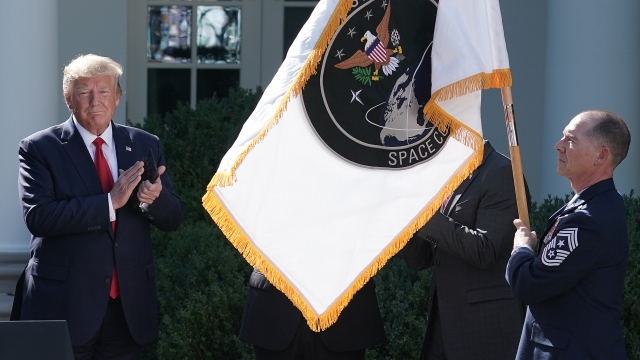 The defense bill would also grant federal workers 12 weeks of paid parental leave for the first time in U.S. history.

The United States is one presidential signature away from getting a new branch of the military and a huge change for federal workers, after Congress passed its annual defense bill Tuesday. The bill, among other things, creates the Space Force, and gives all federal workers 12 weeks of paid parental leave.

"I look forward to voting to pass the NDAA today by another overwhelming bipartisan vote for our service members and the critical missions they carry out," McConnell said.

The Senate approved the National Defense Authorization Act (NDAA) by a vote of 86-8. Senate Majority Leader Mitch McConnell said it's the 59th consecutive year Congress has passed the defense bill. The House approved the bill last week. It took months of negotiations to get the bill to where it is now.

The Federal Employee Paid Leave Act was tacked on to the defense bill. Democrats pushed for it in exchange for agreeing to the creation of a space force branch of the military.

The $738 billion defense bill also includes a 3.1% pay raise for military personnel. And it would revoke a policy that blocked some Gold Star families from receiving full survivor benefits.

The president and lawmakers from both sides have called for the creation of a Space Force.

"When it comes to defending America, it is not enough to merely have an American presence in space," President Trump said. "We must have American dominance in space."

It would be housed within the Air Force. President Trump has said he will sign the legislation once it reaches his desk.