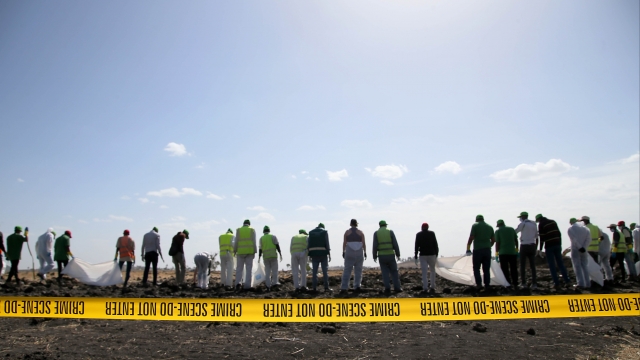 Some critics in Congress think the FAA gave Boeing too much power to approve its own safety measures.

In the wake of the Lion Air and Ethiopian Airlines Boeing 737 Max 8 crashes, Congress called government transportation agencies to explain how they certified airplanes as safe, and how they might improve that process.

The problem that brought down two Boeing Max 8 aircraft is thought to be faulty software, which could send the plane into a dive if its sensors told it the nose was too high. FAA Acting Administrator Dan Elwell says Boeing is now testing a software upgrade to make it easier for pilots to override the automatic system. That process originally started in January of 2019, with FAA oversight.

"The 737 MAX will return to service only when the FAA’s analysis of the facts and technical data indicate that it is appropriate, Elwell said."

Some senators also criticized the FAA for delegating certain safety oversight to outside companies. Boeing, for example, was responsible for some of the safety certification for its own 737 Max. Senator Blumenthal said at the hearing he plans to introduce legislation to end that practice.

"Call it delegation or shifting as you did, the fact is that the FAA decided to do safety on the cheap, which is neither cheap nor safe, and put the fox in charge of the hen house. That was true of the 737 Max 8. In its rush to produce that aircraft, because of competition from Airbus, critical safety features were disregarded."

In the meantime, the Department of Transportation plans to review the FAA's entire aircraft approval process. It will call a commission of independent experts, who will present their findings to the FAA and to Transportation Secretary Elaine Chao.