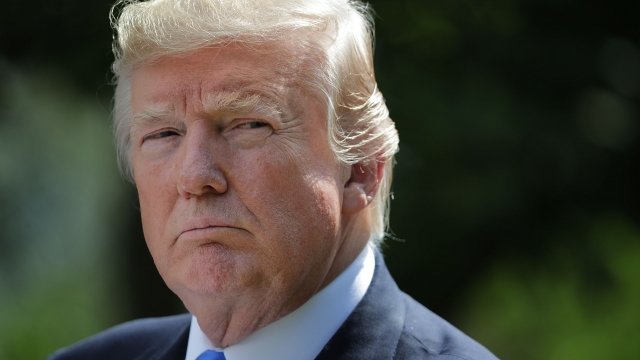 President Donald Trump has the option of backing out of the nuclear deal with Iran in mid-January.

It doesn't seem like the U.S. Congress will reimpose sanctions on Iran.

Congress had until this week to bring back sanctions, which were lifted under the 2015 nuclear agreement. Trump didn't recertify that deal in October 2017, giving Congress 60 days to act.

But neither chamber advanced legislation, effectively punting the move to reimpose sanctions — and the risk of ending the nuclear deal — back to Trump. Iran has said the agreement hinges on the U.S.' involvement and that reimposing sanctions would be a death blow to the deal.

A grand jury in the Southern District of New York charged Behzad Mesri with seven counts relating to the hack.

Trump had signaled he'd back out of the agreement if Congress didn't act. He has a deadline in mid-January to decide if he'll waive sanctions against Iran.