Congress Is Waging Another Sneaky Fight Over Net Neutrality 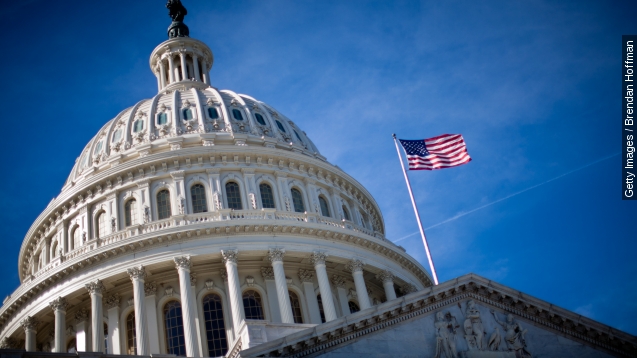 Democrats pledge to block a Republican-proposed budget that would defund the FCC and cancel its newly enacted regulations on a neutral Internet.

Net neutrality is at risk as part of Congress' budget negotiations.

A June budget proposal for fiscal year 2016 would slash Federal Communications Commission funding, "prohibits the FCC from implementing net neutrality until certain court cases are resolved" and would prevent any direct or indirect price regulation by the FCC. (Video via C-SPAN)

Franken said ISPs might be suing but that "there is no basis for Republicans blocking the FCC from doing its job" in the meantime.

The U.S. Court of Appeals has denied ISP motions to stall the FCC's rules.

And the White House has warned against riders in budget bills.

But effective opposition could come down to votes, and it's not clear if Democrats have the clout.

Worst case, neutrality proponents hope President Obama will veto any riders that could slow down the FCC. (Video via The White House)

This video includes images from Getty Images. Music: "noreste" by Birocratic / CC BY 3.0.