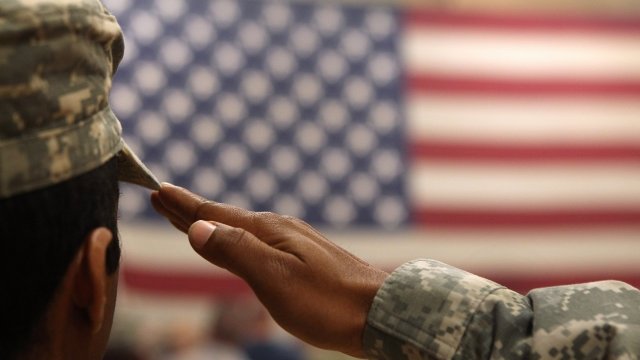 Congress is proposing a "Space Corps" that would potentially fight in space and protect U.S. assets in orbit.

Its current military setup allows the U.S. to be ready for battles in the sea, air and land. But a new bill up for a vote in the House could ensure the military is also ready to fight in space.

The House Armed Services Committee recently approved a bill that would create a new branch of the military: the Space Corps.

It might sound like a video game, but the Space Corps would be trained to fight in space, as well as to keep track of U.S. satellites and foreign cyber threats.

Congress will vote on the Authorization for Use of Military Force, which lets the president authorize certain strikes without congressional approval.

One of the bill's sponsors, Rep. Mike Rogers, said the U.S. needs to keep up with its rivals in space.

"Clearly, we've got some very serious, aggressive behavior by both the Chinese and the Russians in space," Rogers told NPR. "They have realized that that's a great equalizer if they can get good at it, and they're getting good at it fast."

But not everyone is on board. The Air Force is opposed to the idea because it's had an eye on outer space since the 1980s. Its leaders see the establishment of the Space Corps as an unnecessary step.

But the bill was still popular at the committee stage, passing 60-1. If it becomes law, the Space Corps could be the new guardians of the galaxy by New Year's Day 2019.