Congress Wants to Fix Family Separation, But They Can't Agree On How 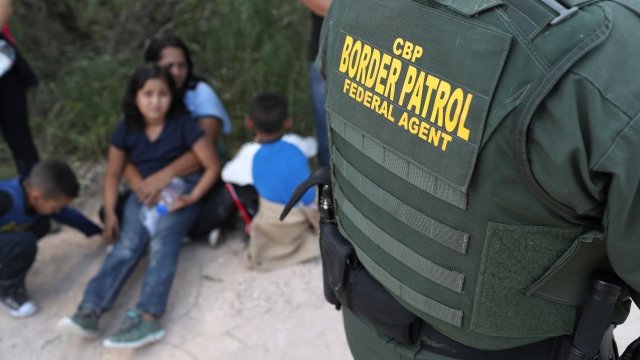 Lawmakers on both sides of the aisle have bills to keep families together at the border, but they haven't been able to compromise on a solution yet.

With a stroke of his pen, President Donald Trump on Wednesday ended a U.S. policy of separating migrant children from their parents at the border.

The executive order allows families trying to enter the country illegally to stay together — for now. But Congress wants to come up with a permanent legislative fix; they just can't agree on the solution.

House Republicans hope to address the issue in a comprehensive immigration bill, and Rep. Bob Goodlatte says he has one that will give Trump the tools to do so.

"I think that he truly wants to resolve this issue, but he needs to have the tools so that the children can be kept with their parents while the parents are detained for a trial on their illegal entry into the United States. The legislation that I introduced today, which is a part of the new consensus legislation, includes the provisions necessary to do just that," Goodlatte, R-Va., told CNN.

Republicans in both the House and Senate have also introduced standalone legislation that would keep detained families together while they await legal proceedings.

But Democrats say those solutions are all non-starters.

"The bills that are on the floor actually allow for indefinite detention of children and families. Actually allow for the continuation of family separation for entire groups of people, including those who come in seeking asylum legally," said Rep. Pramilia Jayapal, D-Wash. "Also, it takes away court-ordered protection around conditions for confinement. What is that? That's being able to have toilets; it's being able to have clean water as you're being confined."

Lawmakers React To President Trump's Order To Keep Families Together

We asked Republicans and Democrats what they think about President Trump's executive order to keep migrant families together.

Democrats in both chambers have also introduced separate bills to keep families together and limit criminal prosecutions for asylum seekers, something Republicans say will only encourage more illegal immigration. So far, no Democrats have signed on to the Republican legislation.