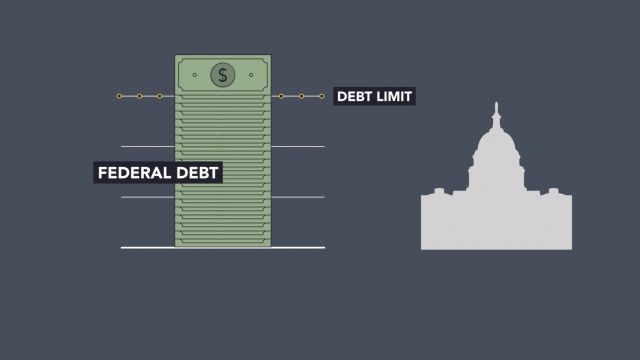 The debt limit went back into effect Aug. 1, and the Treasury Department is taking "extraordinary measures" to ensure the U.S. doesn't default.

The national debt limit is again up for debate on Capitol Hill. So what exactly is it?

"Congress puts a limit on how much can be borrowed in total from the U.S. government, how much total debt they can have. And the debt ceiling is that limit. It's an amount of borrowing we cannot breach," said Marc Goldwein, policy director at the Committee for a Responsible Federal Budget.

The debt limit, or debt ceiling, is a fixed number, which means from time to time Congress needs to vote to raise or suspend it. If that doesn't happen, the U.S. would default on its debt or other financial obligations, and that could have significant impacts not only in the U.S. but around the world. It's unclear exactly how bad it would be since it's never really happened before. But experts warn of a "global financial crisis."

"Congress has to raise the debt limit. This should not be negotiable. You don't play chicken with the full faith and credit of the U.S. government," said Goldwein.

After being suspended for two years, the debt limit is currently $28.5 trillion. We've already passed the Aug. 1, 2021, deadline for Congress to raise the limit. So Treasury Secretary Janet Yellen said she's taking "extraordinary measures" to ensure the country doesn't default on its debt. History shows those measures can help bridge the gap for up to a couple months, but it's unclear how long they'll last this time around. Senate Minority Leader Mitch McConnell has come out against raising the debt ceiling, citing recent Democrat-led spending plans. But hitting the debt limit doesn't stop Congress from spending more money.

"The borrowing is put into effect where we cut those taxes, or when we increase that spending program, or when we refuse to finance, you know, our current growing entitlement programs," said Goldwein.

Sen. Tim Kaine, a member of the Senate Budget Committee, said he'd like to see Congress reform the debt limit. But that is a long-term goal.

"I think what we need to do, and I hope we would do it in connection with the reconciliation bill, is just to do what past congresses have done and increase the debt ceiling until we come up with the more effective reform," said Kaine.

Some of the reform possibilities include tying the debt limit to a share of the economy, suspending it as long as the country is on a good fiscal path, or eliminating it altogether.