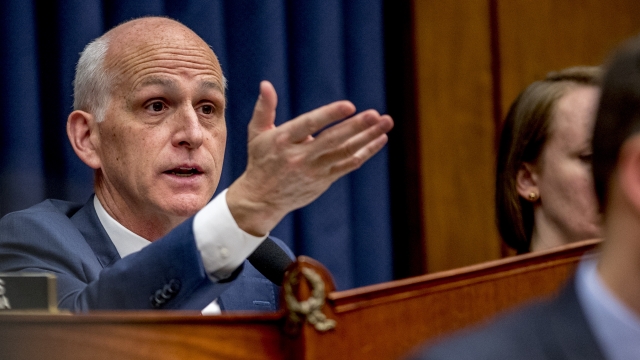 House Democrats called for an investigation of the Pentagon's COVID-19 spending, but the Armed Services Committee chair says there won't be a hearing.

Earlier this week, House Democrats called on Congress to investigate if the Pentagon misused CARES Act money to pay defense contractors. Now, the chairman of the Armed Services Committee says there will be no hearing.

"The pentagon spent the money within the parameters of how we appropriated it. I just think they spent too much on that issue and not enough on the medical supplies piece,” Rep. Adam Smith said.

This comes just days after two members of the Defense Spending Reduction Caucus sent Congressman Adam Smith this letter stating it is unacceptable if the Department of Defense used $1 billion allocated for COVID response to make supplies like body armor or plane parts.

Jessica Maxwell explained to Newsy on Wednesday that not only has the Pentagon been very transparent about spending, but "under the act, it is clear that funding for defense industrial base (DIB) uses would be appropriate as long as they addressed COVID-related impacts in the industrial base, even in that portion of the industrial base not producing medical supplies."

"I am concerned about where the Pentagon chose to spend the money. And we had a hearing a couple of weeks ago with Ellen Lord, the undersecretary for acquisition, in which we raised those issues, and there's a bunch of different funds. They're making a request for an additional $20 billion that we're very concerned about," Smith said.

Going forward, Congressman Smith says if a new stimulus package is passed, Congress would explicitly outline how the money could be spent.

"If we wanted them to spend, I don't know, two-thirds of the money on medical supplies, we can put that in the legislation. Now we can't do anything about the billion dollars that was already appropriated — spent. But if they are asking for future assistance, we can draw tighter parameters around it," Smith said.