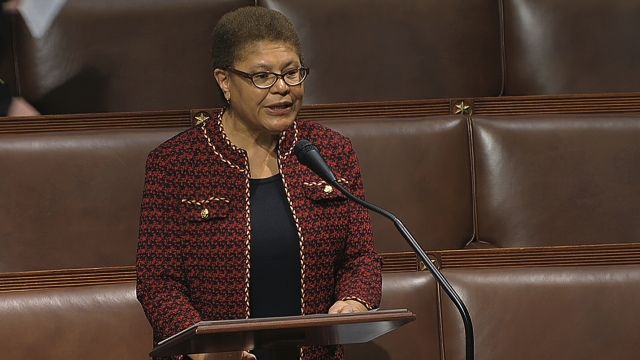 In response to civil unrest across the U.S., the Congressional Black Caucus announced it is drafting legislation for potential police reforms.

With House Speaker Nancy Pelosi's backing, the caucus has taken the lead on drafting legislation in response to the death of George Floyd — a Black man who's death in police custody has sparked protests nationwide.

According to ABC News, the caucus is considering improved training, a ban on chokeholds and removing shields protecting police from legal liability.

California Rep. Karen Bass, the chair of the Black Caucus, said: "We are going to do everything we can, while the nation has a height of awareness on the issue, to pass transformative legislation. We want to make sure that, in this time period, we are very visible so that African Americans around the country understand that this is our experience as well."

Both Democrats and Republicans have condemned Floyd's death as well as the deaths of Breonna Taylor and Ahmaud Arbery — two other black Americans killed in the last few months. While Senate Majority Leader Mitch McConnell said "destructive" protests need to end, he said the deaths don't look like "isolated incidents."

McConnell said, "They look more like the latest chapter in our national struggle to make equal justice and equal protection of the law and the facts of life for all Americans rather than contingencies that sometimes depend on the color of one's skin."

On Friday, the Congressional Black Caucus is slated to hold a virtual town hall with civil rights advocates.