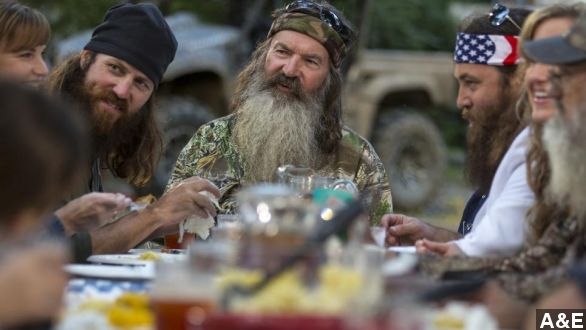 "Duck Dynasty" star ​Phil Robertson has been called a lot of things the past few days, but civil rights icon ... that's a new one.

This is Ian Bayne. He says the "Duck Dynasty" patriarch is the Rosa Parks of our generation. (Via IanBayne.com)

Robertson found himself in hot water over an interview with GQ Magazine during which he compared homosexuality to bestiality. His comments went viral, and gay rights groups have since demanded an apology from the reality star. (Via A&E)

​But it wasn't just his comments about homosexuality that has people talking. He also suggested African Americans were happy living in the old Jim Crow South.

On living in Louisiana in the 1950s and '60s, Robertson told GQ: "I never, with my eyes, saw the mistreatment of any black person."

​As a writer at The Atlantic puts it, Robertson's remarks don't reflect reality.

"The black people who Phil Robertson knew were warred upon. If they valued their lives, and the lives of their families, the last thing they would have done was voiced a complaint about 'white people' to a man like Robertson."

"Duck Dynasty" will return for its fifth season Jan. 15. A&E has indefinitely suspended Robertson from the show.