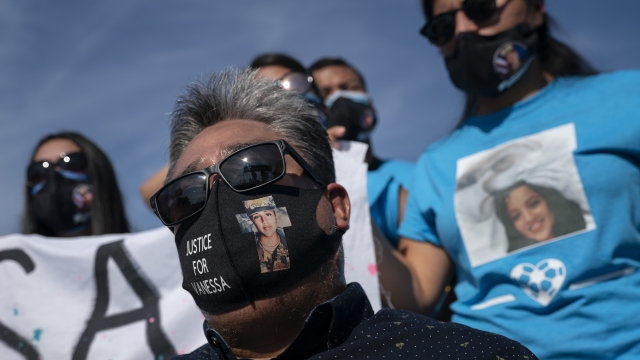 Rep. Jackie Speier, chair of the House Military Personnel Subcommittee, and other House members spent three days at Fort Hood recently as part of a congressional investigation into what has gone wrong at the Texas Army installation.

The deaths include the apparent suicide of Sergeant Elder Fernandes and the brutal murder of Specialist Vanessa Guillen.

"I'm sad to say it took the death of a 20-year-old girl who would have turned 21 this week," Speier said. "A child who was by all accounts a model soldier, who was so dramatically ambitiously killed. And a system frankly, that ignored her plaintive cries."

Speier said the congressional delegation met with base leaders, the criminal investigative unit, and held a private meeting with female soldiers.

But she said the concerns of soldiers and their families don't stop there.

"We also have met with service families.... They were concerned about housing conditions, mold, asbestos, lead, and personal safety concerns that they were not safe on the base at Fort Hood,” Speier added.

She is not the only one to come away with questions about the conditions and culture at Fort Hood.

Rep. Jason Crow, a Democrat from Colorado, said soldiers "shouldn't be having to worry about whether their housing is safe and secure or whether their personal safety and welfare is at risk."

Massachusetts Rep. Ayanna Pressley described the problems at Fort Hood as "serious and systemic" and that she left "disturbed and disheartened."

And California Rep. Gilbert Cisneros said "we left with more questions than answers."

Since the death of SPC Guillen in April, nearly a dozen soldiers have died, base leadership was replaced and the "I am Vanessa Guillen" act introduced to change the way sexual assaults are handled.

Rep. Speier predicts the legislation will pass the house and go to the senate before the end of the session. As for the investigation of fort hood, Speier says it could be four months before there is a final report.