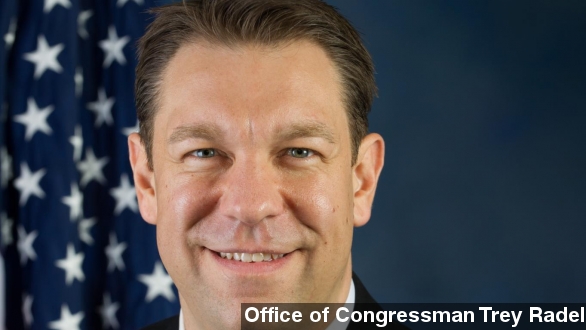 Florida Rep. Trey Radel said he will be donating his salary to a charity and taking a leave of absence to deal with his drug and alcohol problems.

Republican Florida Rep. Trey Radel said Wednesday he will be donating his salary to a charity and taking a leave of absence to deal with his problems.

The announcement comes after the Congressman pleaded guilty to drug possession in a Washington D.C. court room early on Tuesday. Radel was given one year of probation with "minimal supervision" and he has promised the court he will seek treatment. (Via CNN)

"According to prosecutors Radel had purchased cocaine several times from an agent and even turned over to authorities more cocaine at his house." (Via ABC)

Though the Congressman was caught with cocaine, he claims he struggles with alcoholism and that disease led him to "an extremely irresponsible choice." (Via MCAA)

Congressman Radel, who is currently back in Florida, said in a statement that this seemingly terrible situation does have a positive side.

“It offers me an opportunity to seek treatment and counseling,” he said. “I know I have a problem and will do whatever is necessary to overcome it, hopefully setting an example for others struggling with this disease.” (Via Politico)