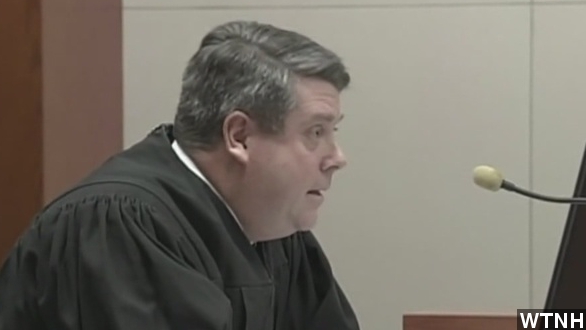 A judge ordered the tapes be released in hopes they could assist the public in gauging the police response to the shooting.

A Connecticut judge ordered the release of 911 tapes Tuesday from the Sandy Hook shooting in Newtown, Conn., despite pleas from relatives of the victims to keep them sealed.

Judge Eliot Prescott said in his 33-page decision there's a "clear public interest" in the recordings, which are public records within the Freedom of Information act. (Via WTNH)

Prescott said the 911 tapes "will likely be a searing reminder of the horror and pain of that awful day" but added the "Release of the audio recordings will assist the public in gauging the appropriateness of law enforcement's response." (Via ABC)

WVIT reports Connecticut's Freedom of Information Commission ruled in Sept. the recordings should be provided to The Associated Press. The AP hopes to examine the police response to the shooting that left 27 people dead.

According to The New York Times, Danbury State's Attorney Stephen Sedensky argued the 911 tapes should be kept sealed because they disclose "information relative to child abuse." Judge Prescott ruled against that argument after reviewing the tapes.

This decision comes on the heels of a report released Monday detailing the home life of Sandy Hook shooter Adam Lanza, a more accurate timeline of events and items found within Lanza's home. (Via CNN)

According to that report, Lanza's home contained photos of dead bodies, dramatization videos and video games depicting school shootings and children being killed. The report also states Lanza was obsessed with the 1999 Columbine High School massacre. (Via CBS)

The 911 tapes from the shooting could be unsealed as early as next week. Judge Prescott is giving the state until Dec. 4 to appeal the ruling.