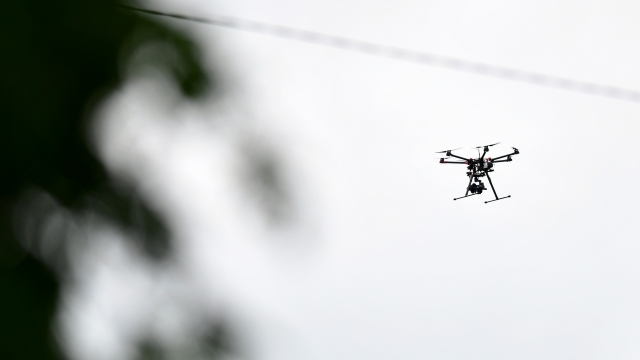 A House bill in Connecticut aims to ban weaponized drones for everyone except police officers.

Police in Connecticut might soon be able to use drones equipped with lethal weapons.

The state's House of Representatives is moving on a bill that would make using weaponized drones a crime — that is, unless you're a cop.

Law enforcement officers could legally equip drones with things like tear gas, as well as more lethal stuff, like explosives and other weapons.

Not all officers could pilot them, and those who do would have extensive training before they could take the controls. In most cases, officers would also need a warrant before using a drone.

Critics argue Connecticut could set a dangerous precedent if the bill becomes law. Civil liberties groups argue weaponized drones can be misused and lead to increased instances of excessive force.

As drones proliferate the battlefield, soldiers need new methods to defend against any threat the devices may pose.

But supporters of arming the aerial objects say this is the future of policing. They argue it's better to put rules in place now before drone technology expands.

In 2015, North Dakota made it legal to put non-lethal weapons on police drones. But, if the Connecticut bill passes, it would be the first state to allow deadly weapons on the flying devices.