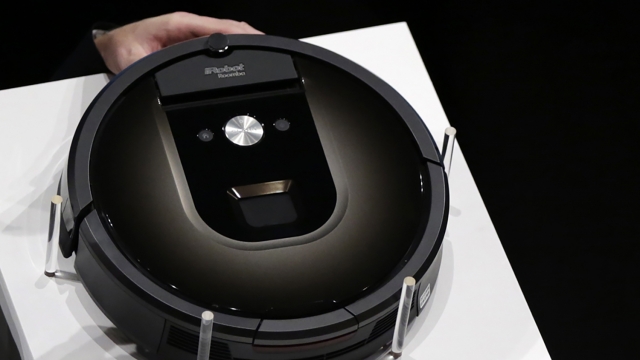 Antitrust experts worry that the deal is less about selling Roombas and more about finding ways to surveil the most intimate spaces of our lives.

"When people buy a Roomba, they want something that's going to clean their floors. They don't want a little roving robot with a front-facing camera, able to map their entire home and everything in it and deliver that information back to the world's greatest retail monopolist. This is not what the product is intended to do. And when people buy Roomba, this is not what they expect it to do," said Ron Knox, a senior researcher at the Institute for Local Self-Reliance.

The newest Roombas are outfitted with operating systems and cameras that make the robots a very efficient tool to create maps of owners' homes.

Knox noted that Roomba could record the inside of your house in real time.

"Amazon can use that data to do a couple of different things," he continued. "One, it can try to sell its captured Prime member customers more things that it thinks they want to buy. If it thinks you have a pet, you know, more dog toys, dog food. If you have a kid in your house, it can understand this using the Roomba data."

Antitrust experts also worry that the deal is less about selling Roombas and more about finding ways to surveil the most intimate spaces of our lives for a marketing advantage. Amazon already controls about 56% of the eCommerce market, and this deal could further that reach.

"To have this kind of physical data, which is an element that they don't currently have … you could really see a future where Alexa is pushing a new couch that fits perfectly in the dimensions of your living room," said Krista Brown, a senior policy analyst at the American Economic Liberties Project. "Then, they also provide a doctor when they see you getting an air purifier. It just has so many elements that can be kind of abused and help them further entrench their dominance."

The deal isn't set in stone quite yet, as it could face scrutiny from the Federal Trade Commission. Chair Lina Khan rose to notability after publishing a Yale Law Journal article on changing antitrust law, with Amazon as the centerpiece of the piece.