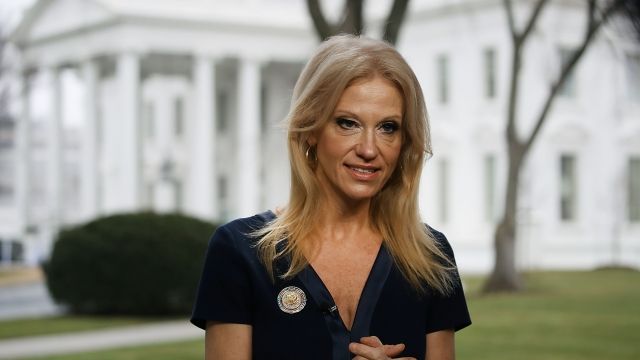 "Two Iraqis came here to this country were radicalized and were the masterminds behind the Bowling Green massacre," Kellyanne Conway said on MSNBC. "Most people don't know that because it didn't get covered."

But here's the thing: Most people don't know about that attack because it didn't happen. There have been no terror attacks in a city named Bowling Green — ever.

Conway was actually referencing the arrests of two Iraqi refugees on charges of federal terrorism. The men were arrested in Bowling Green, Kentucky, in 2011. She said she meant to say "Bowling Green terrorists."

Among other things, the men tried to send resources and weapons to Al-Qaeda in Iraq. They also admitted to using roadside bombs in Iraq to hurt U.S. troops.

But those men never planned or carried out an attack in Bowling Green as Conway suggested on MSNBC. They just lived there.

The phrase uttered by President Trump's counselor Kellyanne Conway on Sunday also came up in a Senate confirmation hearing Tuesday.

Conway also equated the Trump administration's recent order to what she called a "six-month ban" on Iraqi refugees under former President Barack Obama.

"I bet it's brand new information to people that President Obama had a six-month ban on the Iraqi refugee program," Conway said.

But that's not fully true, either. After the arrests in Bowling Green, the Obama administration imposed a more extensive screening process for those seeking asylum in the U.S.

Those intensive checks did slow the visa process, but it was not a "ban" on Iraqi refugees.