How To Prepare For A Coronavirus Outbreak 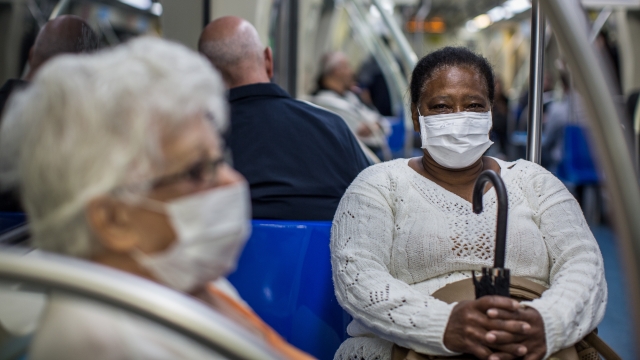 Despite mixed messages from the White House, health experts are still warning American to prepare for a possible coronavirus outbreak. Here's how.

As President Donald Trump downplayed the threat of the new coronavirus, the Centers for Disease Control and Prevention and other top health officials are still warning that schools, businesses and individuals need to be preparing for a potential pandemic.

Dr. Leana Wen, an emergency physician and former health commissioner for the city of Baltimore, told Newsy the mixed messages out of Washington, and particularly from the president, are confusing.

"It's not his role to paint a rosy picture. It's his role as the president, as the Commander-in-Chief, to tell the truth, to be open and transparent," Dr. Wen said.

The CDC confirmed a new case of the illness, also known as COVID-19, in California and said they don't know when or how the patient was exposed to the virus. The patient hasn't traveled recently or come into contact with someone else who was known to have the illness, meaning this could be the first case of "community spread" in the U.S.

"Once that happens, it's extremely hard to contain an outbreak. And this is the reason why the CDC has been saying now for a few days that it's time to move on to the next stage in outbreak response, which is we can no longer contain the outbreak and prevent it from coming here," Dr. Wen said.

"We're very mindful, in all of our facilities we have screening cards, made so that the triage nurses and the physicians and the providers can screen the patients in terms of where they've been, whether that's an at-risk population, who they've been in contact with, and it's being done pretty regularly at this point," Dr. Jason Sevald told WPTV.

So how should average Americans be preparing? Dr. Wen says it's important for people to be ready if school or other events need to be canceled because of an outbreak of the virus. She says anyone with a chronic medical condition should keep a three-months supply of their medication on hand in case they have to stay home.

As for buying face masks? Dr. Wen says they're not really effective for everyday people. Those should be left for health care workers.

Still, health officials warn that we still don't know much about COVID-19 — how it's spread, how many people have it, what the real fatality rate is — and any precautions Americans start to take, are still largely speculative.