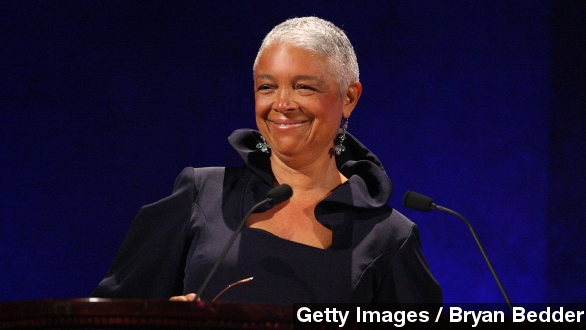 Comedian Bill Cosby's wife Camille has spoken out to defend her husband's character in the face of renewed assault accusations.

Bill Cosby has been mostly silent about the sexual assault allegations against him over the past few months, but the embattled comedian's wife is speaking out on his behalf.

In a statement published by CBS, Camille Cosby says the comedian is "a wonderful husband, father and friend. He is the man you thought you knew." She also accuses the media of not properly vetting the allegations.

So far, 19 women have publicly come forward to accuse the 77-year-old comedian of sexual assault. The most recent accuser, model Beverly Johnson, says Cosby attempted to drug her, a familiar pattern in all of the allegations.

But Cosby's camp has been very vocally dismissive of the allegations, most of which are decades old. And in her statement, Camille took things a step further, comparing the allegations to another recent controversy about rape.

In November, Rolling Stone published a story about a brutal gang rape on the campus of the University of Virginia. But the publication was forced to walk back the story after factual holes were uncovered in the reporting.

And Camille Cosby notes "Many in the media were quick to link that story to stories about my husband — until that story unwound. None of us will ever want to be in a position of attacking a victim. But the question should be asked — who is the victim?"

Her statement is getting some pushback in the press. A Jezebel writer criticizes Cosby's wife for her "dismayingly common" viewpoint: "to suggest that there is no victim like an accused rapist, and to imply that the women talking about being assaulted are not worthy of our trust."

These aren't the first remarks to come directly from the Cosbys, but they are the most strident. Bill Cosby has been stonewalling the press about the issue, in several cases literally remaining silent in the face of questions from reporters.

Cosby's only addressed the scandal obliquely. Before doing a stand-up show in Florida last month, Cosby told Florida Today "a guy doesn't have to answer to innuendos. People should fact check."

He's also sent out a few tweets thanking Jill Scott and Whoopi Goldberg for taking his side on the issue.

And in an interview with New York Post, Cosby said he expects "black media" to "uphold the standards of excellence in journalism and ... go in with a neutral mind" about the allegations.

Camille Cosby has been married to Bill Cosby since 1964.