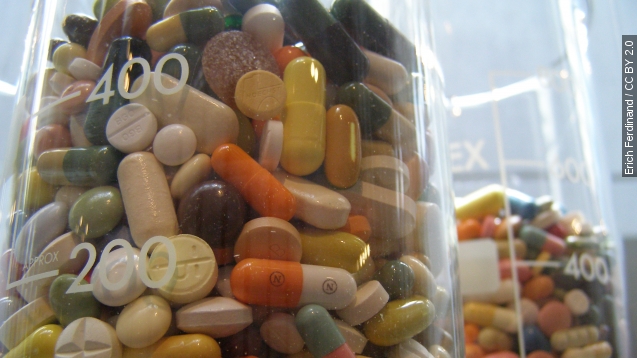 Daraprim, the drug that made news in September when its price was hiked 5,000 percent, now has a competitor priced at under $1 per pill.

Martin Shkreli, the 32-year-old CEO of Turing Pharmaceuticals, faced public outrage in September for raising the price of a potentially lifesaving drug by 5,000 percent.

Now, another company claims it can create a substitute version of the drug — at a fraction of the price. (Video via CNBC)

Imprimis Pharmaceuticals claims it can make a drug comparable to Daraprim, a drug which treats parasitic infections and is often used to treat patients whose immune system is weakened by HIV or AIDS.

Shkreli’s company, Turing Pharmaceuticals, raised the price of the drug from $13.50 per tablet to $750 per pill. Imprimis says it can sell its drug for just under $1 per tablet. (Video via Imprimis Pharmaceuticals)

Though Daraprim has been around for over six decades, Turing Pharmaceuticals purchased the rights to manufacture it in August and raised the price soon after claiming the hike was to raise funds to make a better version of the drug. But many analysts cried foul. (Video via Bloomberg)

"We don’t need a new drug in this space, and there’s no indication that this guy has any idea how to do drug research and development," Dr. Zeke Emanuel of the Center for American Progress told NBC in September.

It should be noted, though, the individual ingredients in Imprimis’ drug are FDA approved, their combination is not, which means the drug would only be available if prescribed by a doctor to a specific patient and compounded to order. (Video via Biogen)

Imprimis CEO Mark L. Baum told the San Diego Union-Tribune filing with the FDA would be time-consuming and expensive, and it’s more important to bring a Daraprim competitor to the market now.

Baum also told the paper his company wants to introduce competition in other drug markets besides Daraprim, claiming, "This is the tip of the iceberg." (Video via Imprimis Pharmaceuticals)

This video includes images from Erich Ferdinand / CC BY 2.0.