Could Congress Be Approaching Functionality? 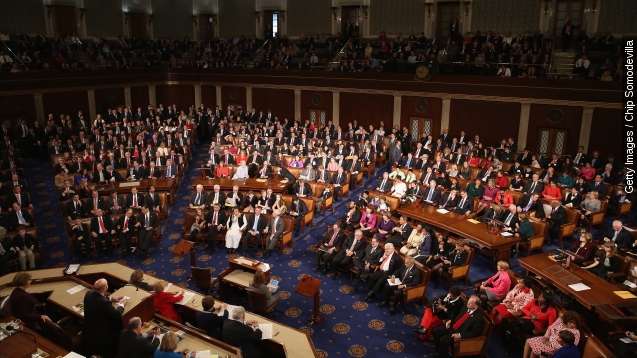 After years of a lack of productivity, Congress seems to be getting its act together. Maybe.

Tuesday, Congress announced a bipartisan highway bill that would fund projects for the next five years. If it passes, it will be the first long term bill dealing with transportation in more than a decade.

Coverage of the bill has consistently included a word we don't see very often in this political climate: compromise. So does this bill prove Congress still has the capability to reach across the aisle for the good of the American people? Maybe.

If you take a broader look at what Congress is doing before it goes on Christmas break, there's definitely some promise.

According to Politico, there are more than a few bills on the way. Congress is discussing a rewrite of 2001's No Child Left Behind, a multibillion-dollar tax break package and a bill that would keep the government funded that needs to pass before Dec. 11.

Some lawmakers were reportedly threatening a shutdown as leverage against funding for Planned Parenthood, but Majority Leader Kevin McCarthy has denied those threats will amount to anything.

And though controversial, a bipartisan refugee bill passed the House right before Thanksgiving pretty quickly.

But both the government funding bill and highway bill are less products of consensus than they are of procrastination. Both are bills driven by deadlines, something that's plagued Congress for years.

This last push for productivity is probably more indicative of the presidential election on the line. Both parties want to be seen as doing its job to give its party better chances in 2016. But as long as Congress can get bills passed, the why probably doesn't matter that much.