Could Self-Driving Cars Help Rid The World Of Stoplights? 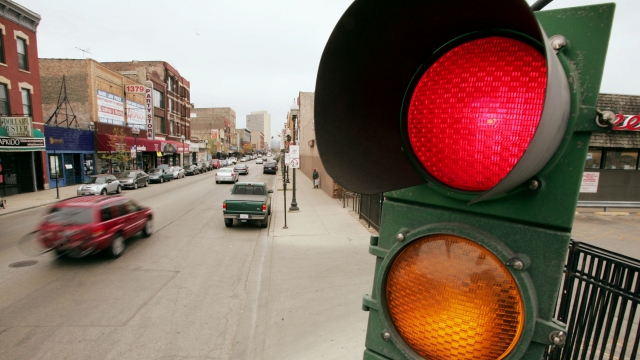 A new study has found that if self-driving cars communicated with each other using sensors through intersections we wouldn't need stoplights anymore.

Self-driving cars are a thing of the future, and if technology allows it, they could eventually mean the end of stoplights.

Researchers at Massachusetts Institute of Technology imagined a scenario where cars communicate with each other using sensors. The sensors can tell the cars how far to stay away from one another while on the road.

The study outlines a mathematical model similar to how people board airplanes to illustrate how cars have their own "slot" on the road, much like how each passenger belongs to a boarding zone.

A steady flow at a slower rate could allow drivers to get to their destinations quicker and relieve bottleneck situations at a stoplight.

But this means controlling the speed of cars and how they group up at intersections.

A co-author of the study suggests by decreasing the speed of a car before the intersection, it would line up with its "slot," and cars would be able to pass through intersections without having to stop.

Researchers acknowledge the study has to wait for technology to catch up but believe their theory could benefit the transportation system as a whole by allowing up to twice as much traffic to use the roads.

This video includes clips from MIT and Google.