Could Your Genes Be The Reason You're Single? 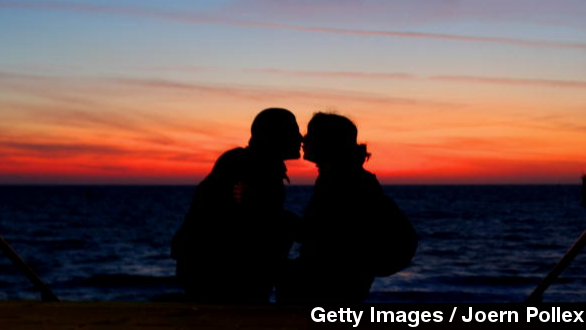 Researchers in Beijing discovered a gene called 5-HTA1, and carriers are reportedly 20 percent more likely to be single.

Are you one of those people who's always in a relationship?

Or maybe you're perpetually single?

Well, your status might have something to do with your genes, according to a new study out of China.

According to the Daily Mirror: "5-HTA1 is thought to lower serotonin levels - a feel-good chemical - which causes people to feel uncomfortable in close relationships."

Carriers are also generally more neurotic and have a higher rate of depression.

And researchers found those attributes are "detrimental to the formation, quality and stability of relationships."

But some experts questioned the reliability of the research — this was from a relatively small sample size of 600 people, and all of them students.

One relationship expert told the Daily Mail: "If someone's difficulties with dating are flagged up to them, I believe they can learn to interact in a way that will make them more successful in meeting somebody."

Still, when Grandma asks you again this Christmas why you're still not married, you can tell her she's at least a teeny bit responsible.

This video includes images from Know Your Meme and Tom Woodward / CC BY NC 2.0.